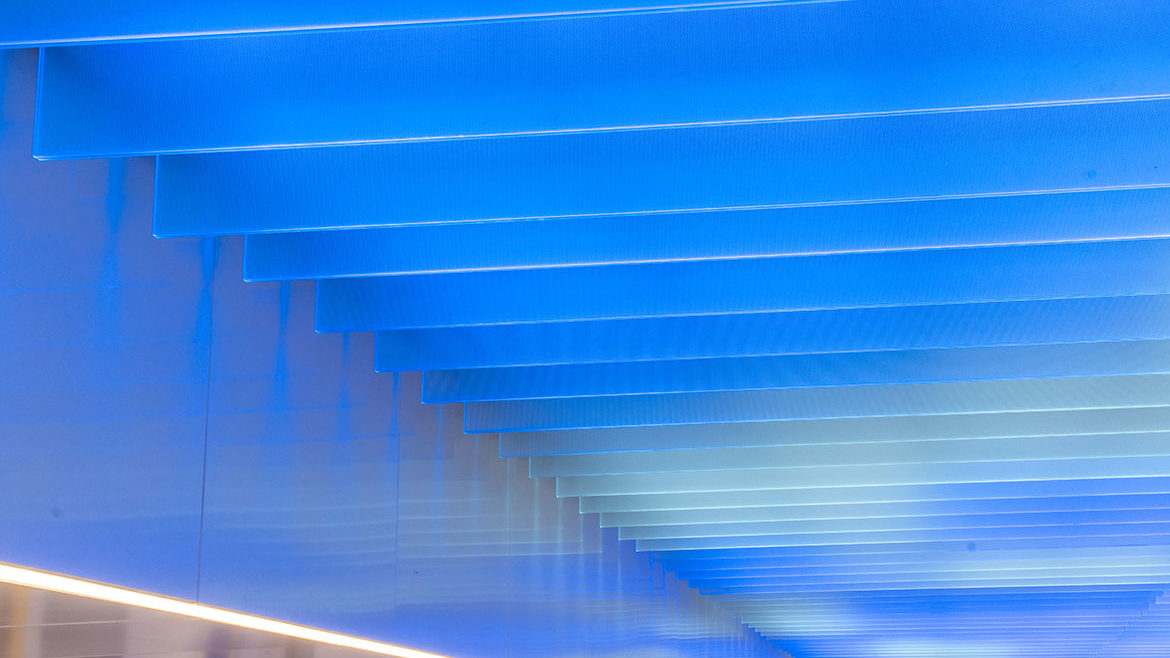 Skyscape is an animated voluminous sky scene that drifts across the ceiling at the new west end concourse of Penn Station New York. 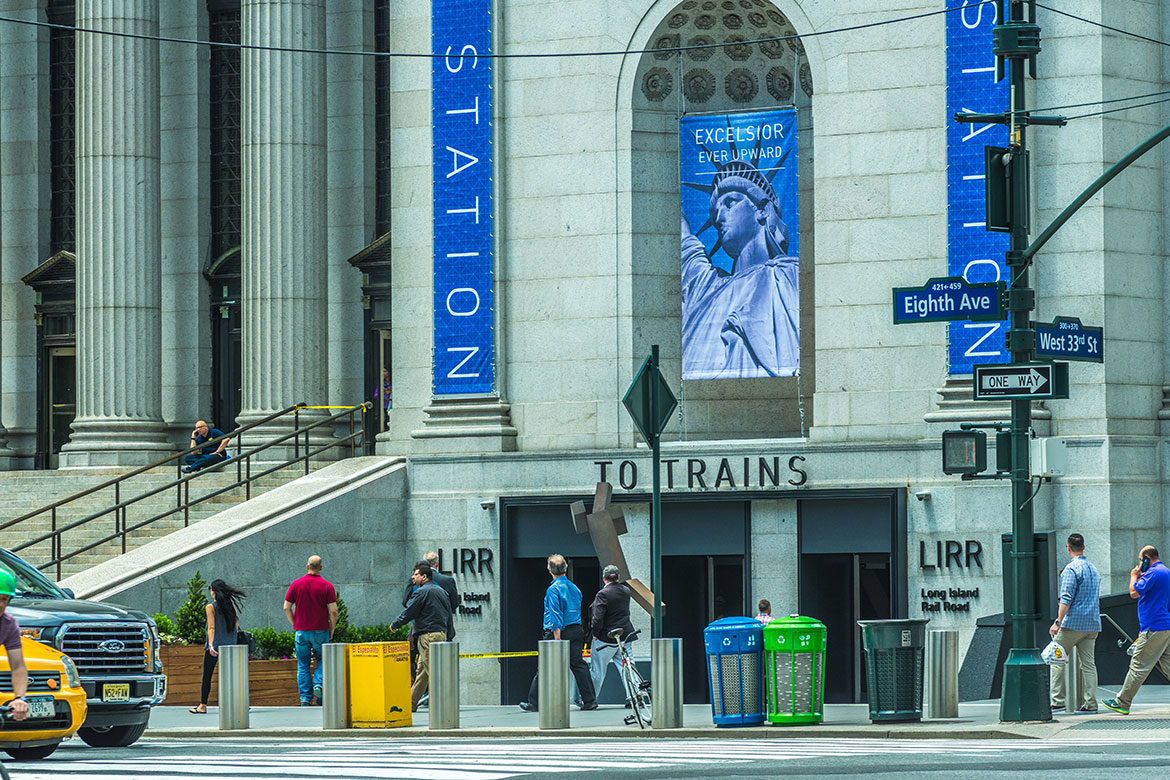 Light is what sets our body clock and determines our daily existence. The sky is the symbol of the daily occurrence which lends itself to create an atmospheric contrast to the routine and subterranean context of the station. It provides a tranquil space for escapism and daydreaming. 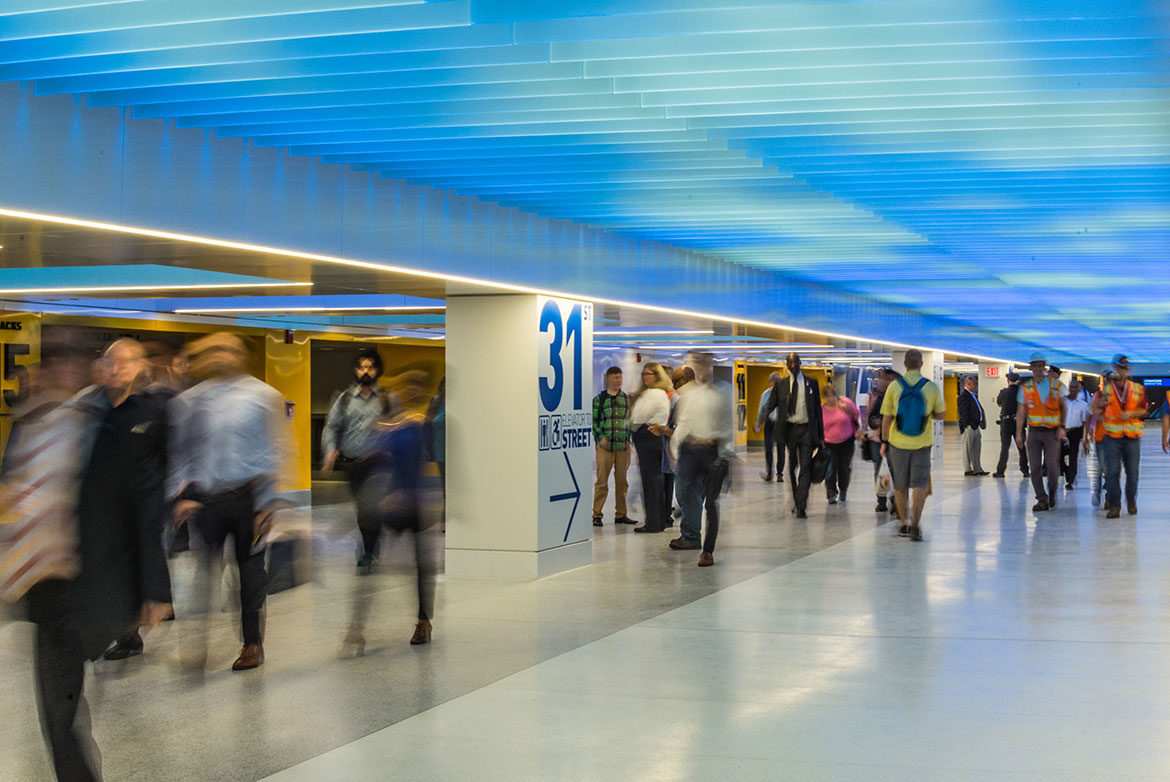 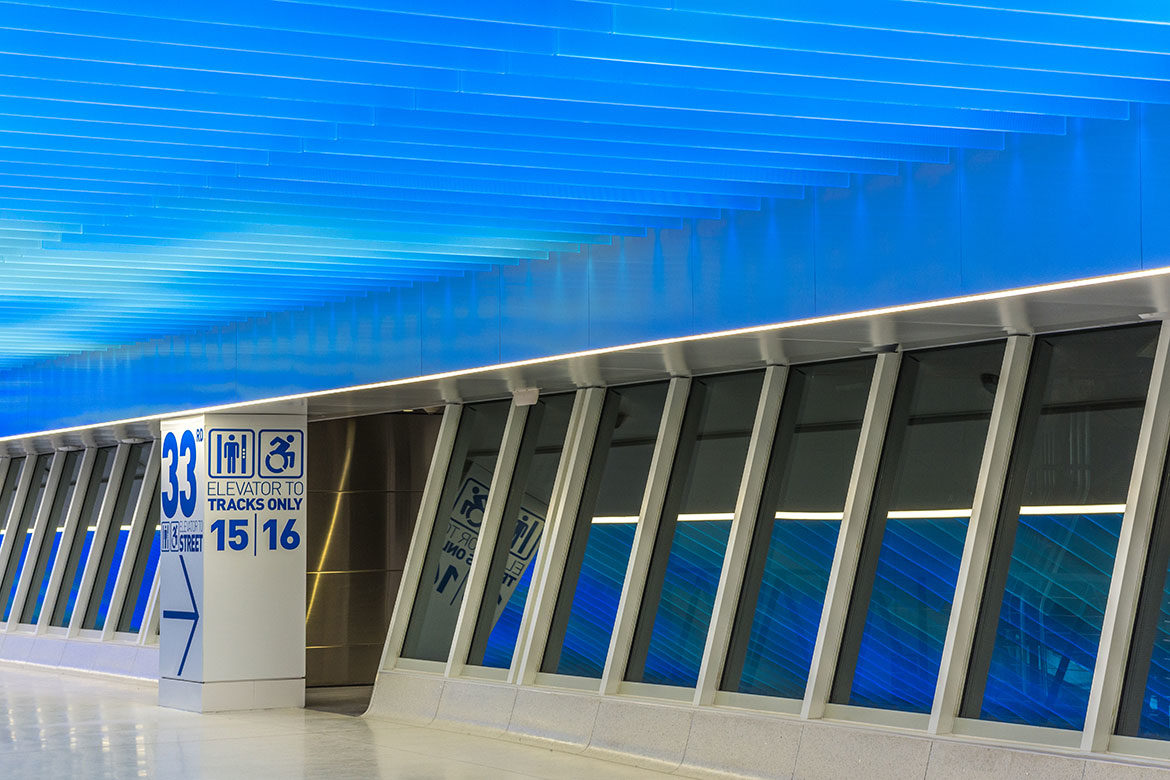 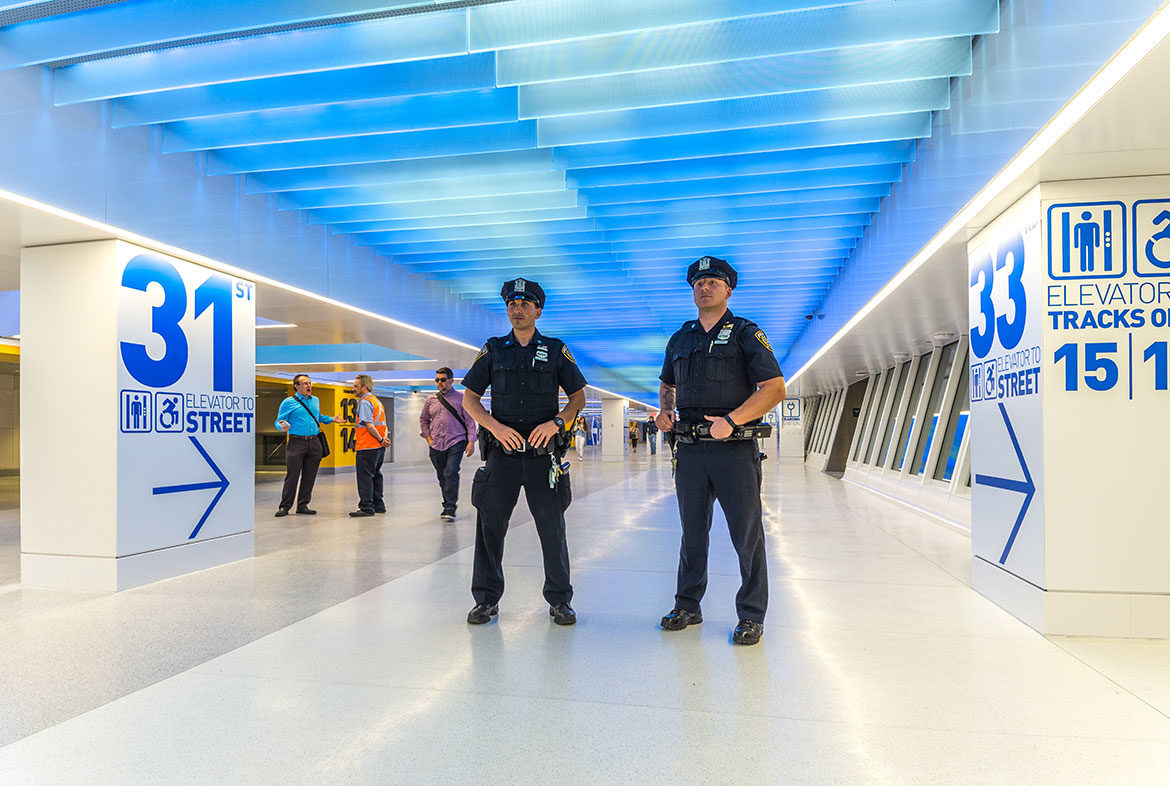 The new concourse was designed by Skidmore, Owings & Merrill LLP (SOM) as the first phase of the redevelopment of the station and the Farley building. The new concourse provides access to 17 of the station’s 21 tracks and will link the future Moynihan Train Hall to Penn Station, for the 2 million passengers that pass through on a daily basis. 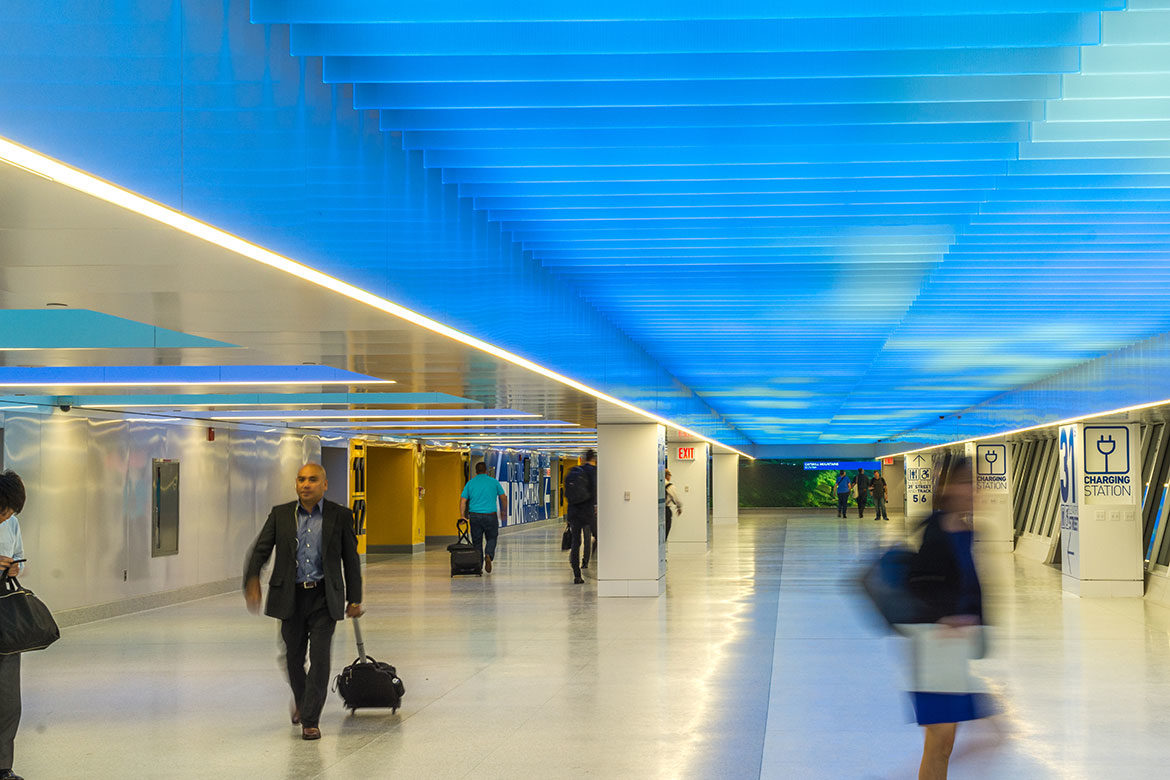 Skyscape brings a bright, fresh and futuristic atmosphere to the commuter experience in the new west end concourse. 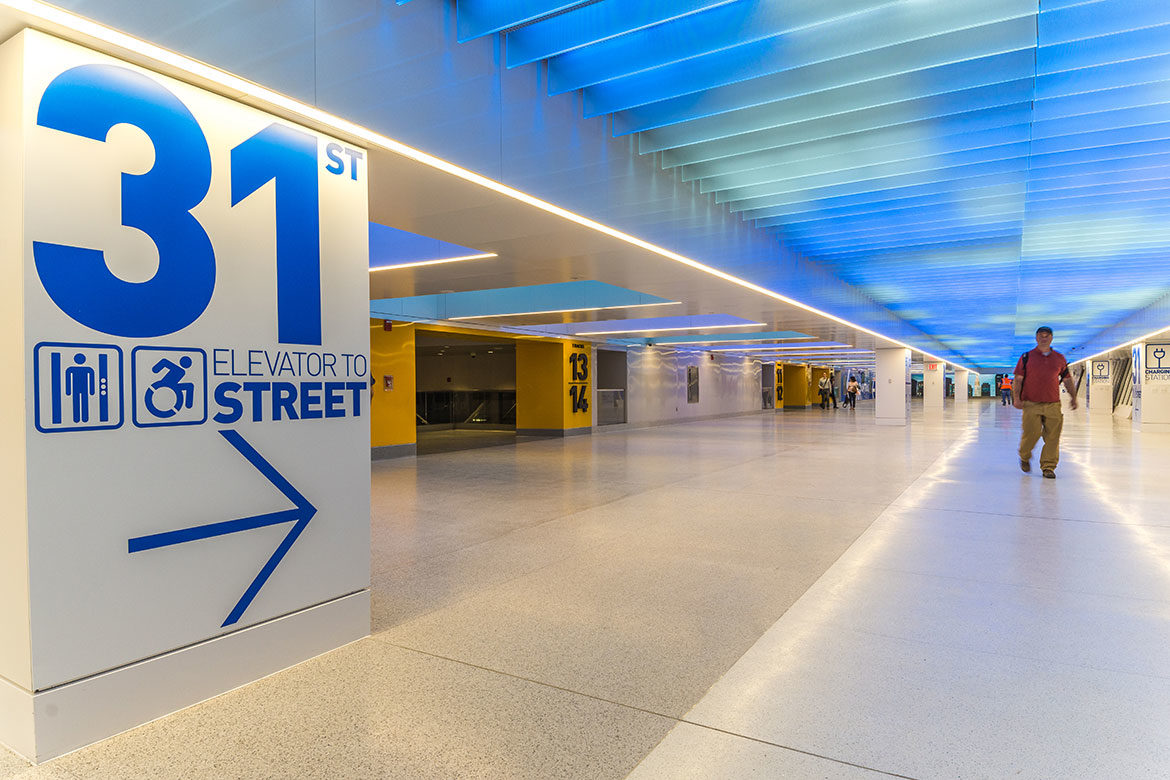